Formulations comprising microcrystalline cellulose (MCC) are often used in wet granulation processes. In high shear wet granulation, MCC as a filler helps to promote rapid wetting of the powder mix due to its swelling tendencies and wicking action.1 It may also impart some binding effect during granulation and facilitate water uptake to enable disintegration of the formulated granules or tablets. However, it has been reported that the advantageous properties of MCC could be diminished significantly during wet granulation if the granulating liquid levels are not well-managed.1,2 Over-wetting of the MCC-based granulation formulation may further densify and/or relinquish the disintegration-imparting properties of the MCC particles, resulting in lower tabletability and disintegration compared to the original MCC particles. To mitigate some of these issues, the use of MCC in concentrations between 5 and 20 %, together with another filler such as mannitol, is typically recommended. Given the interaction between MCC particles and water, it is hence of interest to understand the impact of granulating liquid (water) levels on the MCC-mannitol granules and the resultant tablets based on water requirement determinations.

The granules were characterized for their size distribution by sieve analysis and bulk density. The granules were compacted with 2.5 %, w/w sodium starch glycolate as an extragranular disintegrant and 1 %, w/w magnesium stearate (Roquette magnesium stearate, Roquette Frères, France), and evaluated for their tabletability, dissolution and disintegration time.
540 mg tablets were prepared using a STYL’One Evolution press (Medelpharm, France) equipped with a 11.28 mm round flat punch. The used compression forces were 10, 15, 20 and 25 kN, with a pre-compression force of 1.2-1.4 kN. The simulated industrial press was Fette 2090-Euro B with a simulated speed of 54,000 tablets/hour. MCC displays a type II sorption isotherm while mannitol displays a type III sorption isotherm (figure 2). At the same relative humidity, MCC has a higher water affinity compared to mannitol, which suggests that MCC is more likely to adsorb water than mannitol. Mannitol tends to have loosely bound water compared to MCC, which helps to promote nucleation and granule growth. According to Kristensen et al., the amount of granulation liquid required for granulation depends on the mass fraction of MCC in the formulation.4 It was proposed that the amount of liquid required for granulation corresponds to the plateau in the power consumption profile.5 Beyond the plateau, over-wetting occurs, which is reflected by a sharp increase in the power consumption as the wet powder mass turns into to a highly cohesive paste. 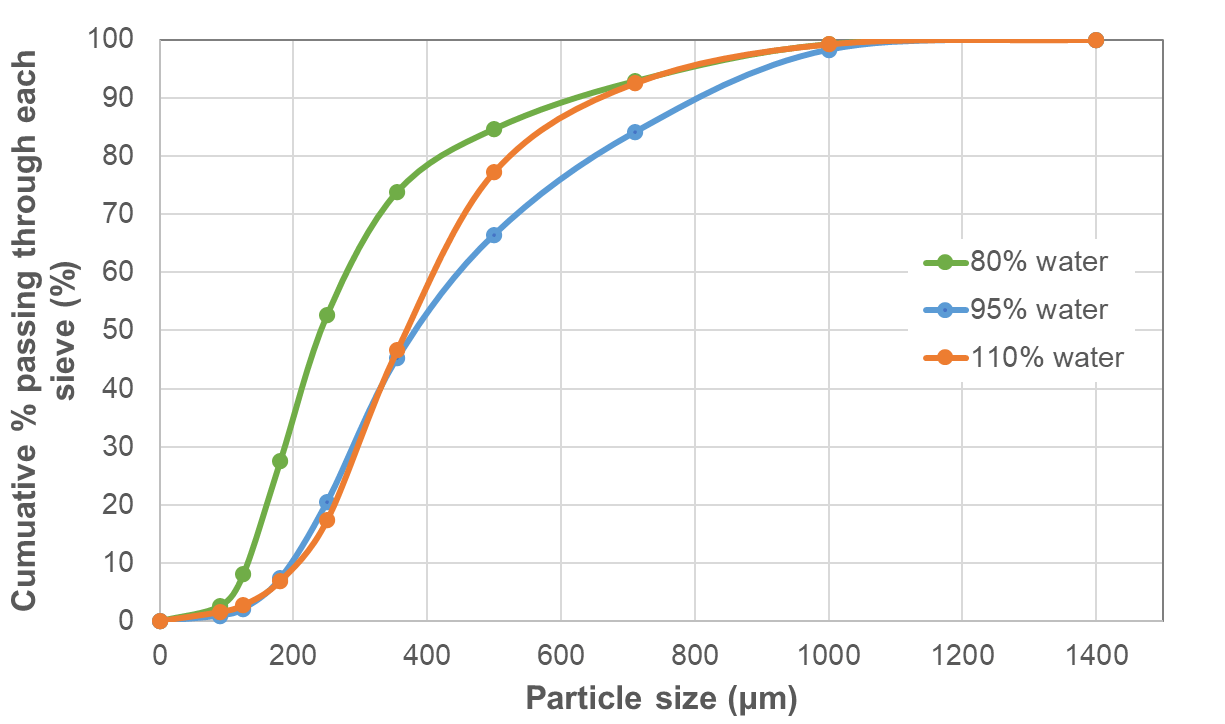 Figure 6. Disintegration time of tablets with granules prepared from different liquid levels. All tablets were obtained at 15 kN compression force. 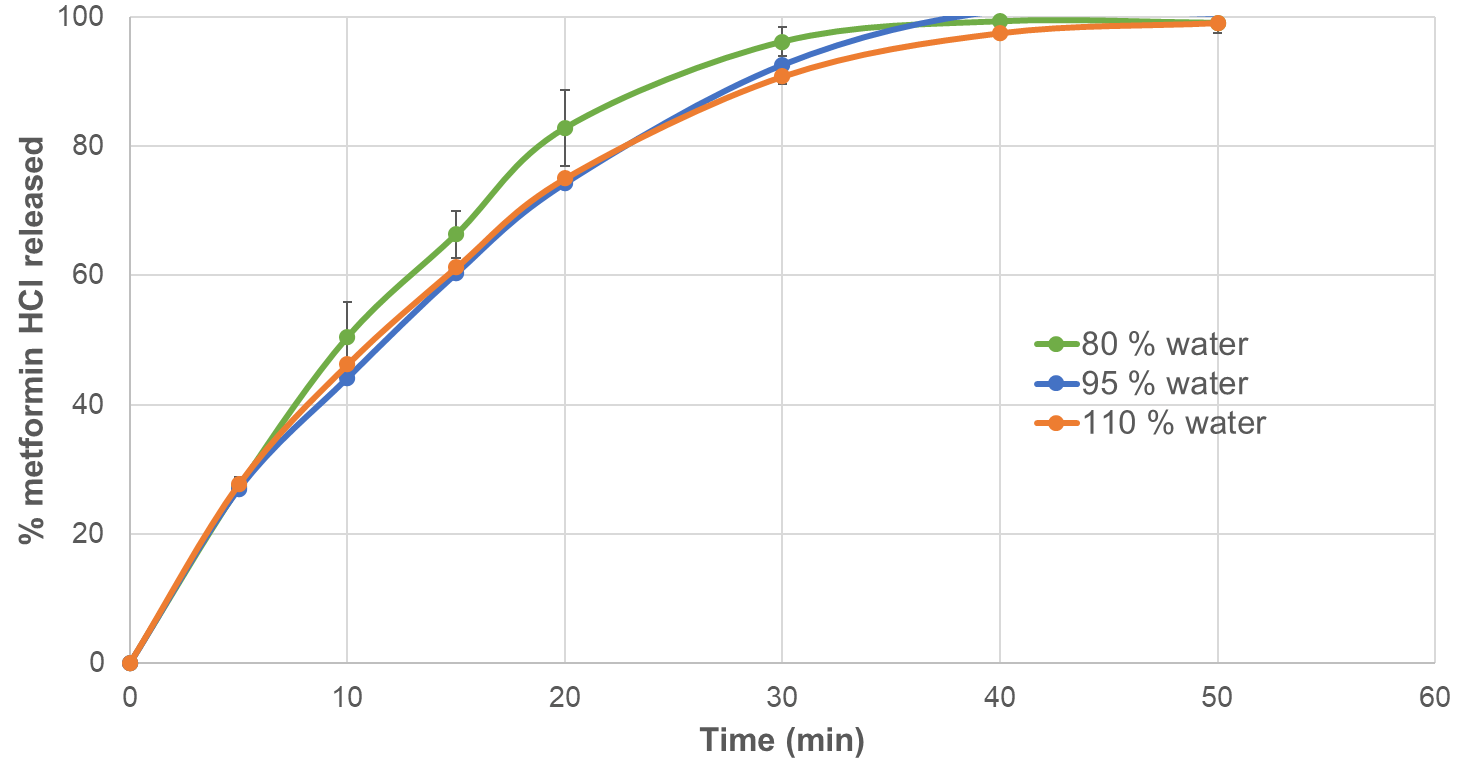 Figure 7. Dissolution profile of tablets with granules prepared from different liquid levels. All tablets were obtained at 15 kN compression force.

The liquid requirement of MCC is an important parameter to be managed so as to leverage on the advantageous properties of MCC in wet granulation. In this study, the power consumption curve of pure MICROCEL® 101 SD MCC powder served as a good reference for the amount of water to be used as the granulating liquid. It was demonstrated that the amount of granulating liquid added had an impact on the properties of the MICROCEL® 101 SD MCC / PEARLITOL® 50 C mannitol/metformin granules and tablets. For the given formulation, a lower granulating liquid level of 80% water was sufficient to form granules and produced tablets that had good technical properties.

Kollidon® 30 is a registered trademark of BASF, Germany.

MICROCEL® is a registered trademark of Roquette Frères in Benelux, Brazil, Canada, Chile, France, Germany, Italy, Mexico, the United Kingdom, and the United States of America and is pending in other countries or regions.