How dietary fiber can influence determinants of metabolic syndrome is controversial. NUTRIOSE® (Roquette, France), a soluble resistant dextrin with prebiotic properties, has been clinically proven (34g/day) to beneficially affect body weight(BW), body mass index (BMI), body fat (BF), hunger feeling (HF) and caloric intake (CI)(1) (2). In this context, a secondary objective of the same trial was to investigate whether dietary supplementation with this fiber was associated with a positive impact on parameters such as insulin resistance and determinants of metabolic syndrome (MS) in overweight men, following a double-blind, randomized, placebo-controlled design. 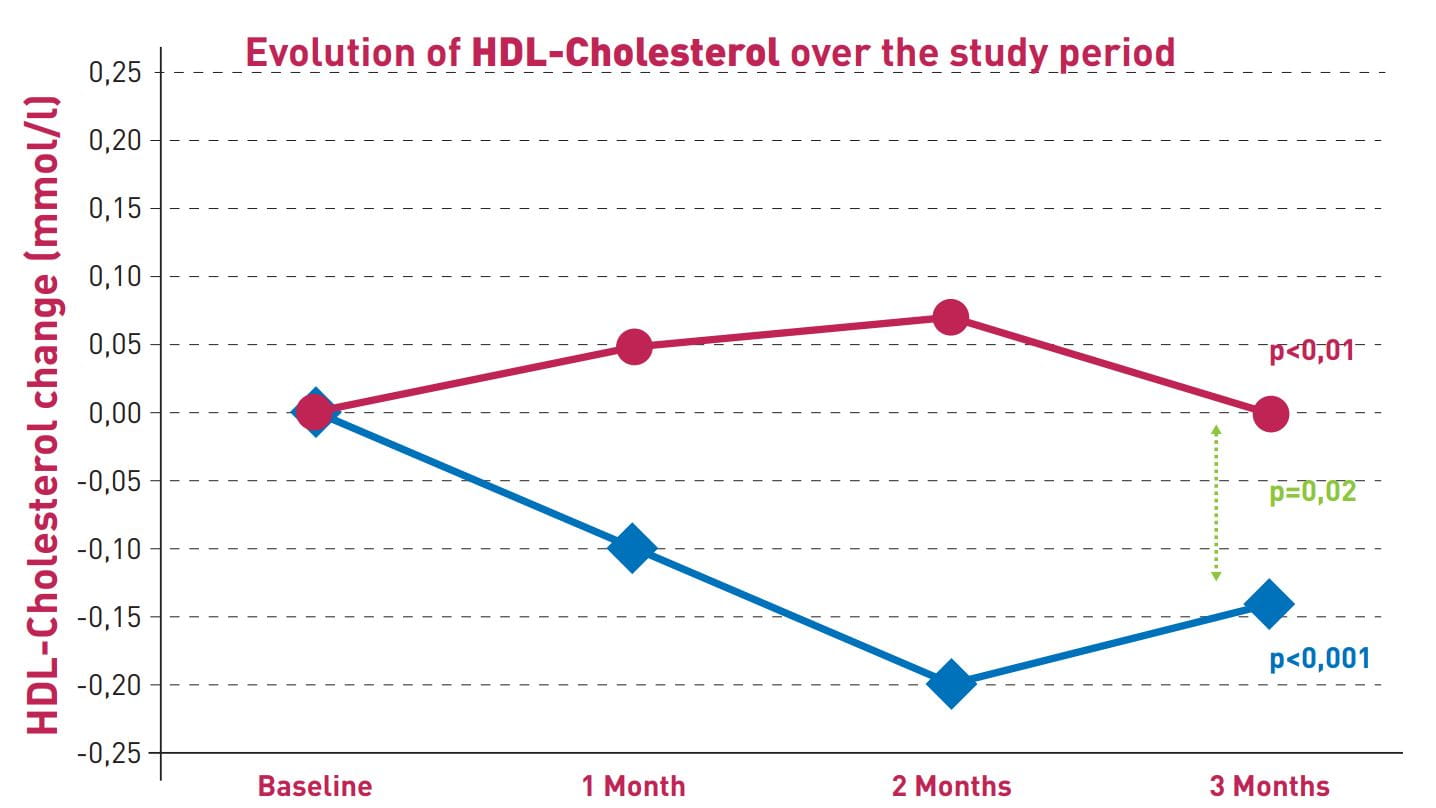 Twice daily supplementation with NUTRIOSE® over a 12-week period had been demonstrated (1) to significantly decrease BW, BMI, BF, WC and HF, in association with a decreased CI. Moreover, NUTRIOSE® has improved the lipid and glucose metabolisms of slightly overweight Chinese volunteers. The metabolic syndrome status of the volunteers is largely improved with NUTRIOSE®. Supplementation is well tolerated, lowers insulin resistance, and improves some determinants of metabolic syndrome in overweight men. This makes of NUTRIOSE® a promising tool for diet fortification with fibers, particularly in the context of weight management and chronic metabolic disorders associated with overweight (3).

Scientific data and other information contained or referred to herein is proprietary to Roquette Frères (Roquette). Roquette expressly reserves its exclusive right to refer to such data and other proprietary information for all purposes, including, but not limited to, for submitting dossiers pursuant to Regulation (EC) N° 1924/2006 of the European Parliament and of the Council of 20 December 2006 on nutrition and health claims made on foods.